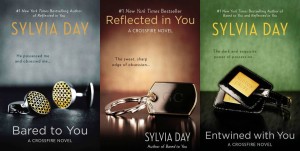 Let’s talk about Erotica, or as I like to call it, Exotic novels.

I love YA as much as the next avid reader, but occasionally, I need a break from all the teenage angst that is within its pages. Now, I don’t do too well with the traditional lovey dovey romance—prime example is Nicholas Sparks; he is a phenomenal writer and his imagery is superb, but the romance is so sickeningly sweet that I have a hard time getting past it. That’s not to say that I don’t read his books: Last Song, Dear John and Safe Haven were terrific reads and had just the right romance/ suspense ratio; (Except for the classics—I can always read a good classic romance .) But if I’m not reading Stephen King or the likes, or a great Contemporary novel such as A Vintage Affair by Isabel Wolff (and I highly, highly recommend this book—it is pretty wonderfully fantastic), well then, I am knee deep in an erotic novel (no pun intended).

The Fifty Shades of Grey trilogy is a good read if you are going on content alone. The writing is atrocious and the plot line is mediocre, but if we’re being honest with ourselves (ladies, you know who you are) we are reading Fifty for one reason and one reason only: sexual exploitation. I’m not going to go into the gory details (and there are plenty) but I will say that aside from that little factor, Fifty isn’t up to snuff.

However, there is this great series called Crossfire series by Sylvia Day, that is oh so good… really good. The plot line is invigorating and the sexual exploitation isn’t as dirty as Fifty. Yes, the same SE (sexual exploitation) is there but it is much more defined and delicious, instead of BAM in your face.

Much like Ana and Christian, Eva and Gideon have their bouts of troubled relationship, only their relationship is more—not believable—but real and raw.

Ana is too self-conscious and naive to understand what is truly going on around her. She is so caught up and infatuated with Christian Grey that she forgets to use her brain. She relies too much on Christian too fast that she seems needy and greedy. She says it isn’t for the money, but is that really the truth—although,  to her credit she did help Christian fight the demons that he was living with and begin a family, so that is a saving grace in her favor. Throughout the entirety of the series,  I was more concerned with what was happening with Christian than Ana and honestly,  I wish the series was from his point of view because his story—or what we are given—is much more compelling than Ana’s.

Switching gears to Eva Trammel of the Crossfire series, she is very pragmatic in that her emotions are more realistic. She along with her SP (sexual partner) both have demons they must face in order to make their relationship work. Eva fights demons from her past just as Gideon does, that both haunt them to the point of self-destruction that neither of them can fully overcome. Eva is headstrong and capable of standing on her own as her own. She understands what Gideon is to her and what she is to him in return and though the relationship has its rock points, they both stay true to each other, putting each other above themselves; they both rely on each other which is both their downfall and their survival.

The men of these two series are two sides of the same coin. Both are handsome, fabulously wealthy bachelors whose success is due to their own will power and no one else’s. They are headstrong and beautiful as well as drastically scarred beyond repair—no matter how great things end up, they still struggle to keep their demons at bay. I honestly can’t say a bad thing about them because they add to the story, although, Christian more so than Gideon; Gideon and Eva are pretty equally matched.

So, in a nutshell: Crossfire is a much better series to go to if you are looking for a solid story line along with the SE and a spunky, devilishly handsome roommate/best friend whom you love to hate,  whereas if you are just looking for the SE, then Fifty is the series for you.  As a whole, they are both great series—each with their own pros—that should be given a chance if one fancies Erotica.

Crossfire: “Lying Is The Most Fun A Girl Can Have Without Taking Her Clothes Off” by Panic! At the Disco; “Time Is Running Out” by Muse 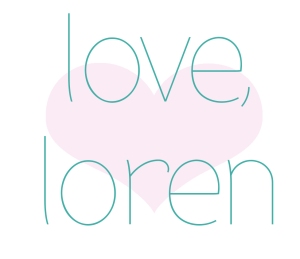 5 thoughts on “After Dark with Loren — A Review”