Loren, our newest member, talks all things steamy, whether it be YA, NA, or adult.

The Mortal Instruments Series by Cassandra Clare
A Review

“To love is to be destroyed…” 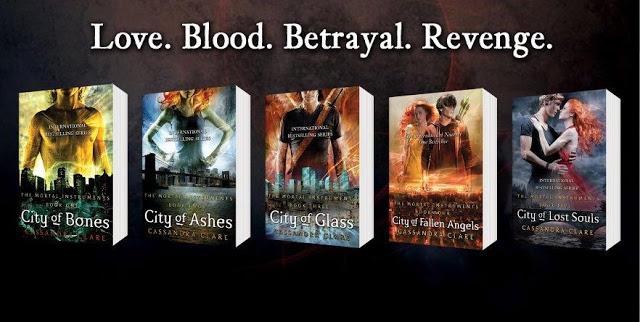 First, let’s get some business out of the way, so that we may enjoy the rest of the review. I mean this by no disrespect whatsoever to Cassandra Clare…but, I had a few minor problems with her text—grammatically, of course. I tend to pick up grammar as well as word structure or whatever else may pertain to writing quite easily…well, other’s grammar anyway, that is (I’m an English major, it’s what we do; it’s our credo). Within the text, Clare used some great words that I didn’t even know (so I got a vocabulary lesson, which is always needed) and other times it felt as though she made the words up on the spot (but I can’t be too harsh on her there either, because I do the same thing all the time—as writers, we have that right…sometimes). Here is my main thing with the overall text—it’s just at times too wordy. There are places within the books that have too many words that it takes away from the story; other times, it’s the complete opposite and a scene is lacking the description seeming out of place and unnecessary. Along those lines, there are some scenes that feel forced and superficial—they lack that quality of genuine that other scenes may have. So, word choice, phrasing and sentence structures are biggies, they just seemed really off at times—if you haven’t read the series as of yet, then look past that and read it for the story.

Okay, enough with the negatives, because apart from the Divergent Trilogy by Veronica Roth—this series, The Mortal Instruments, is my favorite new series. No lie, I’m obsessed. I ordered the movie, City of Bones, and watched it a total of three times in two days, and would have watched it more but I only had it for 48 hours. I mean, this series is phenomenal, and it is a fresh new take on the Supernatural—and I LOVE the Supernatural.  This series offers every aspect that I love about the Supernatural into one world: vampires, warlocks, demons, werewolves, faeries, and this new race—Shadowhunters, who are part human and part angel; their whole purpose is to protect the Mundane (Clare’s word for Muggle) from the Downworlders (Clare’s word for Supernatural) and keep hidden because unless you are a Shadowhunter, you can’t see them until they want you too—which is a shame, because they are so ever striking…

Let’s being—what is the one thing that you would never believe as fact? For Clary Fray, she never thought that one day she would wake up and the world she had come to know and love would be altered in any way—except that is exactly what happened. One day, Simon Lewis, her best friend, and her are attending a poetry reading for one of Simon’s friends and then BAM…everything changes and the stories of their nightmares become reality.

In love and death, right? For Jace Wayland, he has accepted his fate as a Shadowhunter, however, he never in his wildest dreams though he would fall in love until one fateful night he meets Clary.

Sibling rivalry is a thing, isn’t it? Isabelle and Alec Lightwood are normal teenagers—except their perspective of what it “normal” is slightly kiltered from, say what my perception of “normal” may in tell. They both care and adore their adoptive brother, Jace, but they both find themselves thrown out of balance a little with the arrival of Clary.

All of this only adds to the story itself. The world that Clare has created is a world that I wouldn’t mind living in—well, minus the demons, I could do without that. But then I ask myself, if her world didn’t have demons, then what would be the point? No, the world almost has to have demons, because of the threat and dynamic that they offer the story line.

But within the walls of this beautiful world, there is also heartache and turmoil. Case in point, just wait until the story unfolds with Clary and Jace, and then with Magnus and Alec—I promise, that is all the spoilers I will give. The couples are beautiful and each have their own obstacles that they have to face and overcome, but I do not approve of what is happening with Jace and Clary. My feels—Clare, do you understand what you are doing to my feels? It so isn’t fair, but very well played—very well played indeed.

Yes, like I said, the writing isn’t the greatest quality, but the story is so superb that you will read past the writing and imagine the world that is created between its lines. This is a series not to be missed and I can honestly tell you that you won’t be disappointed—well, possibly but you’ll understand why when you dive into the pages.

I feel as though I am repeating myself, but readers, I swear on my books (which is serious business) that this series is WORTH the read.

I can say with all honesty that I would not mind in the least bit if Jace Wayland were to be the one that saved me from my nightmares—or if I am being real honest, Jamie Campbell Bower (who, in my most honest opinion, is a PERFECT Jace—except his eyes: they kept Jamie’s natural blue, which are gorgeous, but Jace’s eyes are gold). 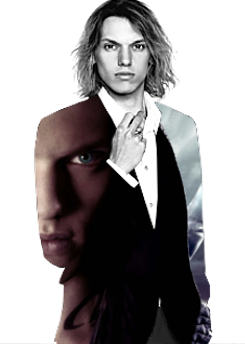 *Special Note: Keep in mind, if you chose to listen to the songs, that not all songs take place from one couple or one perspective. This is also a condensed list; if you would like the full list email me 🙂

I Caught Fire- The Used

All I Wanted- Paramore

Why Can’t You See?- Saosin

Take It Out On Me- Florida Georgia Line

Ghost of You- My Chemical Romance

Nothing Left to Say- Imagine Dragon

I Believe In A Thing Called Love- The Darkness

I Will Posses Your Heart- Deathcab For Cutie

I Will Follow You Into The Dark- Deathcab For Cutie

Heavy In Your Arms- Florence + The Machines

2 thoughts on “After Dark with Loren — An Ode to Shadowhunters”