My Bookish Confessions is a new feature here at Such A Novel Idea.  I started this weekly feature to reveal some of my secret quirks when it comes to all things books.

I relate to /obsess over fictional characters way TOO much.

Of course, though, if you ask me there is no such thing as too much…but according to the general populous—and my family—apparently there is.

Here is just a short list of “things” I do:

It doesn’t ever matter how many times I’ve read the book, or whatever current book I am reading; all the characters leave an impression with me and all of them stay with me. There can be real life things that will happen and it automatically reminds me of a character from a book. And I always know exactly which character I am thinking about, how they would act and which book it is from—never fails.

So maybe I do obsess over my books and the characters a little much, but I’m not hurting anyone, I am? No, I think not. And if I am, well then you shouldn’t be friends with me. I won’t apologize for the fact. I am really close with non-real people and that’s okay. I am perfectly fine with not being normal, because my mother would most definitely say that this isn’t normal… 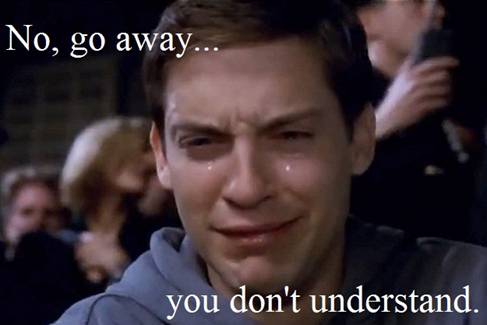 …but (though I hate this line with a great desire) It Is What It Is.

So, that’s my eccentric quirk for the week.  What’s YOUR bookish confession?