This was surprisingly hard, because I’ve read so many books in the last couple of years.  However, I was able to come up with ten (actually 15, but I cut it down) that have escaped my reading list thus far.

Most of these authors’ books reside on my bookshelf. It isn’t for lack of want, it is for lack of time. Can someone hurry up and invent a few more hours in the day? 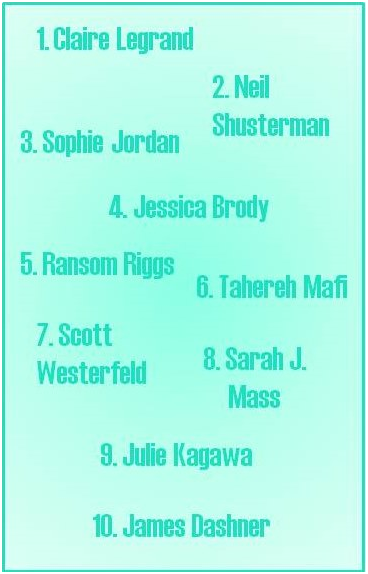 It’s not for lack of want…but like Jess said, there just isn’t enough time in a day to read all the books that I wish. I can’t say that I own any of these authors, with the exception of Sophia Jordan, but they are on my ever long and ever growing TBR list—and because I am me, I will go and buy every single book that each of the authors has released and I will do a happy dance with each book because we will finally be together.

So, that’s it.  What popular authors have you managed not to read yet?