Today’s spotlight features Travis Thrasher and his Solitary series.  Solitary is a four book young adult series set in a tiny town in North Carolina and follows teenager Chris Buckley as he maneuvers life in a small town that isn’t quite what it seems.  This series is one of my very favorites and is something I’m VERY excited to share with you! 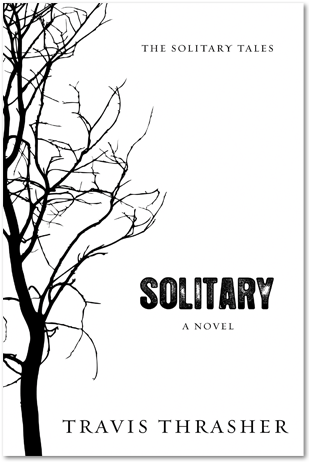 When Chris Buckley moves to Solitary, North Carolina, he faces the reality of his parents’ divorce, a school full of nameless faces—and Jocelyn Evans. Jocelyn is beautiful and mysterious enough to leave Chris speechless. But the more Jocelyn resists him, the more the two are drawn together.

Chris soon learns that Jocelyn has secrets as deep as the town itself. Secrets more terrifying than the bullies he faces in the locker room or his mother’s unexplained nightmares. He slowly begins to understand the horrific answers. The question is whether he can save Jocelyn in time.

This first book in the Solitary Tales series will take you from the cold halls of high school to the dark rooms of an abandoned cabin—and remind you what it means to believe in what you cannot see. Learn more…

His Fear Will Soon Turn to Anger….

At first, Chris Buckley was simply warned. And watched. But as Chris unravels the haunting riddles of the town of Solitary, he finds that much more than the life of a town is at stake.

Whether facing a pastor with a house full of skeletons or a cousin he never knew existed, Chris is forced to choose between light and darkness, life and nightmarish death. Every choice he makes reminds him that the unthinkable has already happened—and if he trusts the wrong person, it may happen again.

This second book in the Solitary Tales continues Chris’s journey toward finding out who he is and what his own role is in the darkness suffocating his tiny new hometown. Filled with shocking twists, GRAVESTONE is a tale of a teenager thrown into a battle over a town, a secret—and ultimately his own soul. Learn more… 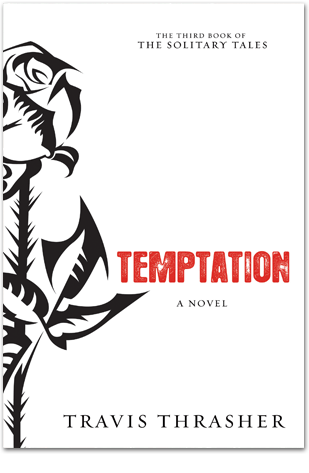 The third book in the Solitary Tales series for young adults.

TEMPTATION follows the soul-wrenching twists of Chris Buckley’s journey as he heads deeper into a darkness that threatens all he loves best.

As a reluctant student at Harrington High’s summer school, Chris meets a fun-loving senior girl who offers a welcome diversion from Chris’s past. Soon Chris no longer searches for the truth about the town of Solitary. He no longer tries to pierce its shadows. He no longer questions his role in its mysteries. He makes a new choice: he runs. What he doesn’t realize is that he’s running the wrong way—and is very close to being beyond any choices at all.  Learn More…

The fourth and final book in the ground-breaking Solitary Tales.

HIS REBELLION WILL SOON TURN TO HOPE

When Chris Buckley first encountered the mysteries of creepy Solitary, North Carolina, he had little idea how far he would fall into the town’s shadows. After losing the love of his life, Chris tried to do things his way. He hunted answers. Then he gave up trying to find them.

But now Chris comes back to Solitary knowing there’s a purpose for his being there. As he watches his place in a twisted and evil bloodline become clear, Chris waits for the last battle—and wonders who will be left when he finally makes his stand.

The fourth and final book in the Solitary Tales shines light into deep darkness as Chris’s journey to Solitary comes to a dramatic close. Learn more… 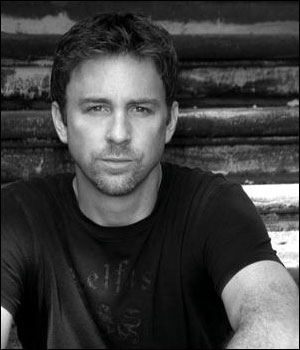 The dream began in third grade, when Ms. Miller encouraged Travis Thrasher with his simple pirate story. That combined with daily readings during lunchtime of The Chronicles of Narnia by C.S. Lewis inspired Travis to want to become a novelist.

That dream and desire have never gone away.

The steps seemed simple looking back. In ninth grade, after having moved all over the world to places like Germany and Australia, Travis wrote and finished a novel called THE ADVENTURER. After college, he targeted working in the publishing industry and was fortunate to find a job early after graduation. He worked as Author Relations Manager for Tyndale House Publishers, the publisher of his first two novels.

The thirteen years he spent working in author relations taught him the business of publishing as well as the psyche of writers.

Early on, he made a deliberate choice of not wanting to be boxed in by a brand or a genre. Instead, Travis has chosen time and time again to write the stories that mean something to him at that moment. He views his first ten years of being published as training and practice. Those novels in many ways were written for himself.

The four years of writing fulltime have taught him the discipline and determination necessary to make it as a novelist. They’ve also served to close the chapter on what is hopefully just one era in his writing journey.

The stories continue to fill his head like they did when he was in third grade. The only difference is that Travis now knows what to do with those stories. His goal continues to be to tell stories that move him as well as his readers. He wants to continue to experiment and take risks, but more than anything he wants to provide readers a satisfying experience.

The dream remains the same. To try and write something magnificent. To make up wild worlds full of wonderfully rich characters. To make sense of the world through the stories he tells. And to try and inspire hope with the words he writes.

Other Books by Travis

The lovely ladies over at Chapter Break have started a new meme on Thursdays!  That’s What He Said is simple: Just pick a favorite quote from one of your book boyfriend to his heroine. Keep in mind these are direct quotes from dialogue in a book!

For my first choice, I had to pick Four from Divergent! 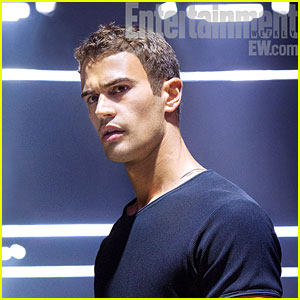 And I picked two quotes by Four:

“I might be in love with you.”  He smiles a little.  “I’m waiting until I’m sure to tell you, though.” -Veronica Roth, Divergent

“Peter would probably throw a party if I stopped breathing.’  ‘Well,’ he says, ‘I would only go if there was cake.” – Veronica Roth, Divergent

I love these quotes, because they show Four’s personality as well as the adorable relationship he and Tris has. ❤

So, what quote would YOU use?

Waiting on Wednesday weekly event that spotlights upcoming-releases that bloggers are most excited about.  This week’s I-can’t-wait book is: Champion by Marie Lu.  Champion will be released on November 5, 2013 by Putnam Juvenile. 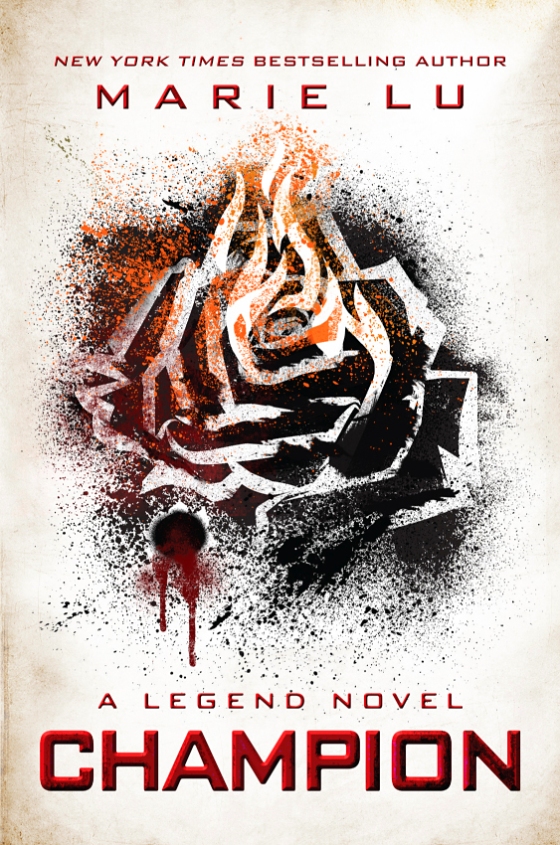 He is a Legend.
She is a Prodigy.
Who will be Champion?

June and Day have sacrificed so much for the people of the Republic—and each other—and now their country is on the brink of a new existence. June is back in the good graces of the Republic, working within the government’s elite circles as Princeps Elect while Day has been assigned a high level military position. But neither could have predicted the circumstances that will reunite them once again. Just when a peace treaty is imminent, a plague outbreak causes panic in the Colonies, and war threatens the Republic’s border cities. This new strain of plague is deadlier than ever, and June is the only one who knows the key to her country’s defense. But saving the lives of thousands will mean asking the one she loves to give up everything he has. With heart-pounding action and suspense, Marie Lu’s bestselling trilogy draws to a stunning conclusion. (From Goodreads.com)

Legend was just a really great book.  It was interesting to see two people from such different backgrounds within the dystopian society Marie Lu created.  And Prodigy was just heart-wrenching.  It was definitely an unexpected twist after everything that June and Day went through.  So, yeah, I am (im)patiently waiting on Champion.  The cover is brilliant and I know this book, if anything like the others, will come to a epic conclusion.

From Goodreads: “I write young adult novels, and have a special love for dystopian books. Ironically, I was born in 1984. Before becoming a full-time writer, I was an Art Director at a video game company. Now I shuffle around at home and talk to myself a lot.

I graduated from the University of Southern California in ’06 and currently live in LA, where I spend my time stuck on the freeways.”

So, what book are YOU waiting for this week?

“Waiting On” Wednesday is a weekly event, hosted by Breaking the Spine, that spotlights upcoming releases that we’re eagerly anticipating.