My Bookish Confessions is a new feature here at Such A Novel Idea.  I started this weekly feature to reveal some of my secret quirks when it comes to all things books.

I cannot read a book series out of sequence. 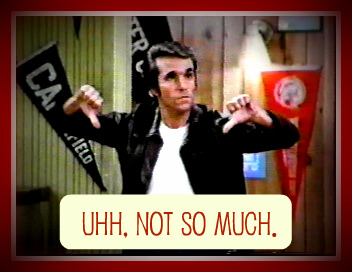 This is actually a pet peeve of mine. When I get books that I haven’t read its predecessor, I cringe with guilt because I so very badly want to read the new fabulous book I’ve been given, but I can’t bear to open the pages unless I know who the characters are beforehand.

Here is the thing, I get to know my characters in the first book—that’s the book where you learn their likes and dislikes, their appearance, and you get a taste of their personality. When someone bypasses certain book in light of a the following one, you lose all of the wonderfully beautiful “love at first sight” feeling, because you have no idea what these people are like. It would be like going on a blind date versus the guy asking you out—at least when he asks you out, you know what he looks like and you have an idea of his personality; you don’t get that with a blind date.

I have a repeat offender in my family and it drives me INSANE! I don’t understand how he can read a series out of order—it just doesn’t make sense, and it doesn’t seem to bother him either. For me, I HAVE to go and buy all the books that lead up to said book so that I know what the back story and so I can get acquainted with the characters—because honestly, fictional characters are some of the best people to ever meet.

Sure, it seems like an inconsequential thing, but to me it makes a world of difference.

So, that’s my eccentric quirk for the week.  What’s YOUR bookish confession?